Accept Help But Don’t Rely on It

Over the years I’ve started many game projects with friends that didn’t get very far. They’d fizzle out pretty quickly and I’d be left scratching my head wondering why another great idea hadn’t gotten off the ground. This pattern has repeated itself time and again for me and from speaking to others, it seems to be a fairly common occurrence that blights many would-be indie devs.

So what’s going on? Looking back, it seems clear that most of my projects failed because I was relying too heavily on others, especially to get the ball rolling. I’d need a programmer, would want to get a talented animator on board, or wanted to team up with a great concept artist. The problem with this is that just because someone agrees to make a game with you doesn’t mean that they can be relied upon to actually finish what they began.

This is especially true at the start when estimating a delivery date is almost impossible.

Most people just don’t realise how little free time they have to work on personal projects, or indeed how large such an undertaking will be. They’ll have work and family commitments that can prevent them delivering on their promises. They may even get offered some paid freelance work that’s too good to turn down. Such things can quickly erode any enthusiasm an individual may have for a project that has no clear end point or delivery date. This is especially true for those who might not be as passionate or invested in the original game idea as you.

There’s also a very strong likelihood you’ll fall out with someone during the early stages, which will be terminal for your project. You may have a difference of opinion about the game design, or its creative direction. It can also be difficult to criticise someone else’s work, especially a friend’s without causing friction.

Basically, keeping a small indie project going requires a degree in diplomacy and very good leadership skills. You also need to get lucky and find the right individuals to work with, which really is nowhere near as easy as you might think.

So why is Dare the Monkey going so well while all my previous projects collapsed pretty quickly? Well I took a different approach with Dare. I realised that I really couldn’t rely on others. Especially in the early stages of the project. Instead I decided I’d handle the bulk of the project myself and only think about outside help once I’d gotten so far with it. This seems to have worked wonders for me. Admittedly it has been slow going and things have taken longer than I would have liked, but by having zero dependencies there’s been nothing that could potential derail development. The onus has been entirely on me, which has left only me to blame if things had ground to a halt.

With the bulk of the game now complete, it’s only now that I’ve started to reach out to others for some help getting the project over the line. My brother, who’s a programmer, has been helping me with various things I’m unfamiliar with such as In-App Purchase, certification & provisioning, and TestFlight integration. And for the game’s user interface I’ve been borrowing some of my wife’s limited free time. She’s a really talented graphic designer who’s worked on many award winning projects over the years.

There has also been a surprise development as the game gets closer to completion: I’ve had a number of people offer to help out. Historically getting talented individuals on board has always been a tough sell, but with something concrete on a device, people are suddenly eager to help out. There’s so much momentum now that even if these individuals weren’t to pull through for me, it ultimately wouldn’t prevent the game being released. Therefore it makes sense to accept help at this stage whereas relying on it earlier in the project would have been a risk.

Recently a very good friend approached me and offered to help out with some last minute additions to Dare the Monkey. As he is someone I know very well and also trust and respect, I was only too happy to accept his help. He was very upfront about how much time he could commit to the project and based on that we worked out what would be the best way forward in terms of workload. 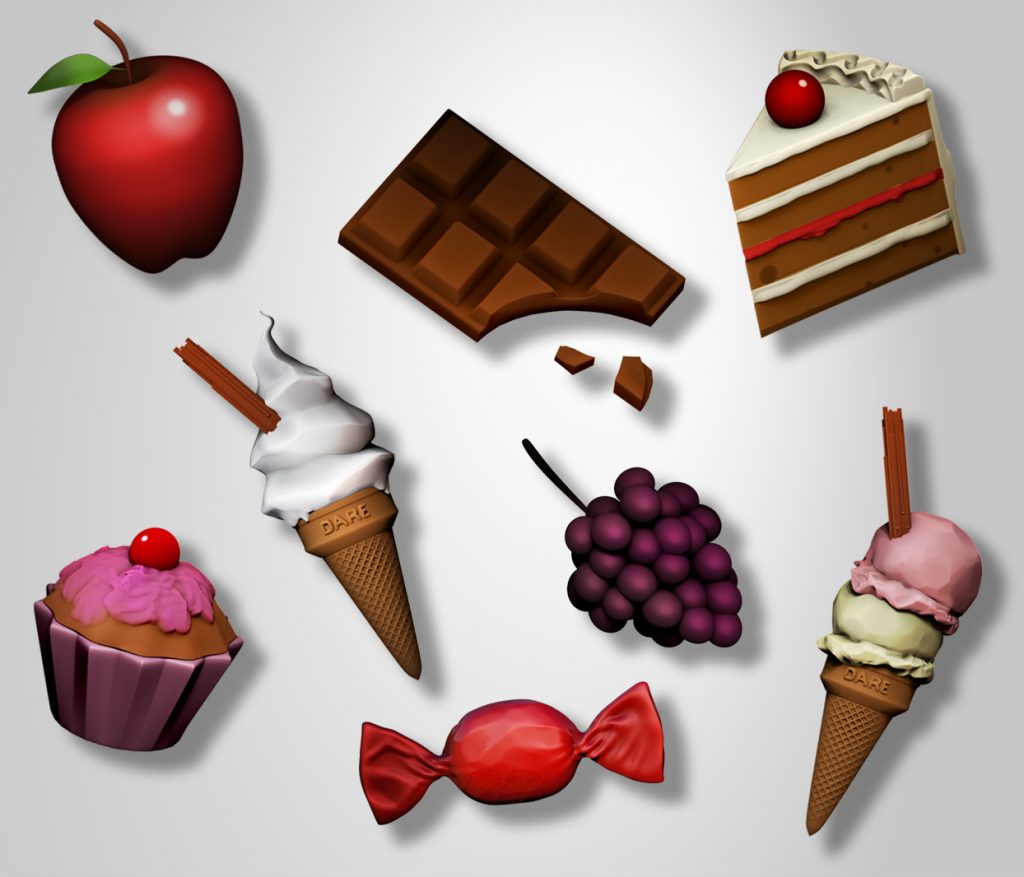 So with all that said here is a glimpse at some of the brilliant collectables that my buddy Alex Ronald has contributed to Dare the Monkey. Ultimately I wasn’t relying on Alex completing this work but by accepting his help I’ve managed to ease my mounting workload enough to help me press on with other issues. Alex is an amazing artist and if you’re a comic book fan then you may already be familiar with his work from publications such as 2000AD. You can check out some more of his work here.