Starting with a Sketch #8

Throughout the development of Dare the Monkey I’ve had a pretty clear picture of what I wanted from each of the game’s levels. However, I will confess that I was a little short of ideas for the last three levels, which I wanted to take place in a sort of futuristic Aztec world. I’ll be honest, I didn’t realise how little material I had until I started actually building out those levels. Nothing seemed to gel and it became pretty apparent that I was struggling to flesh them out with things the player hadn’t already seen. 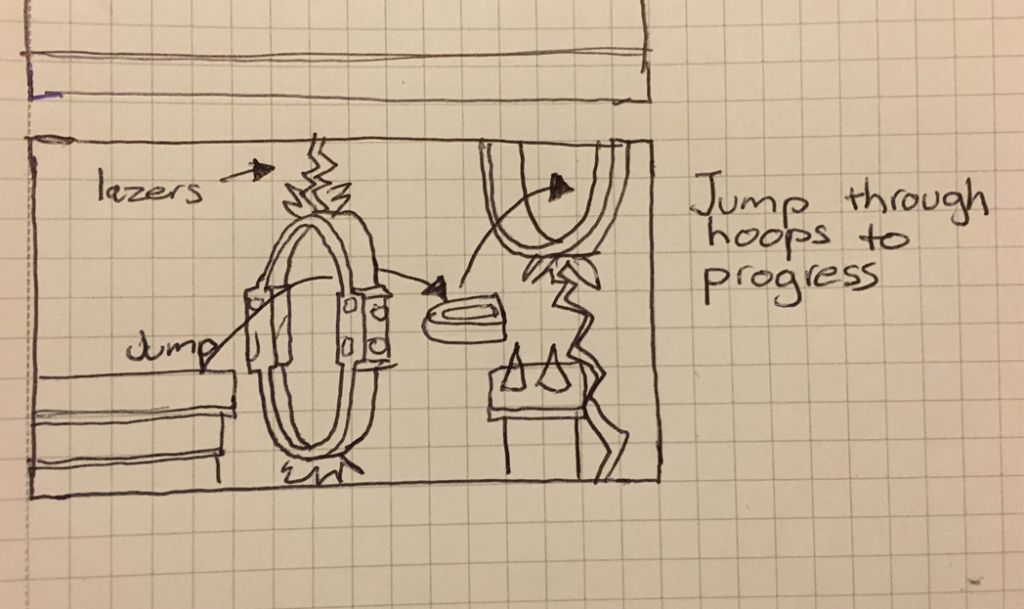 It occurred to me one night that I hadn’t been referring to my trusty sketchbook and was instead trying to simply make ideas up on the spot and throw them straight into the game – something that’s never really worked for me. So I quickly started flicking through my sketches and noticed that I actually didn’t really have anything for the final game world. I always work best by sketching out ideas. Even though my sketches are pretty terrible they help solidify and validate by ideas. After putting pen to paper, I’m able to quickly make a decision on whether the idea is going to go somewhere or not. 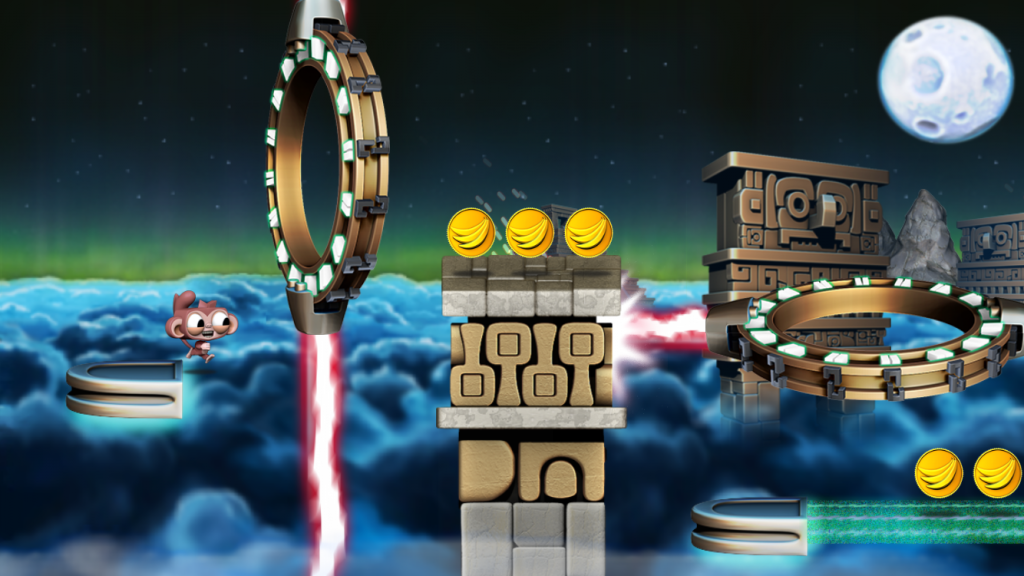 So I decided it was best to go back to the drawing board for the final game world. I started sketching out some of the ideas that had been floating around in my head, and very quickly deciding which ones would probably work and which ones weren’t going to fit. One of the sketches that stood out was inspired by the 1994 sci-fi movie, Stargate, which just happened to be on TV the night before. The sketch got me thinking about all sorts of cool particle effects that I could incorporate into the final level to add a real sense of spectacle to the finale. It really worked and I doubt any of it would have come together if I hadn’t taken a few hours to sketch out some ideas.

As always, I’ve included the original sketch above and a screenshot from the actual game itself showing off the final rendered artwork. While the difference in quality is huge, I could never have achieved this end result without having first sketched out the idea in its simplest form.