More Downloads Without Spending a Dime 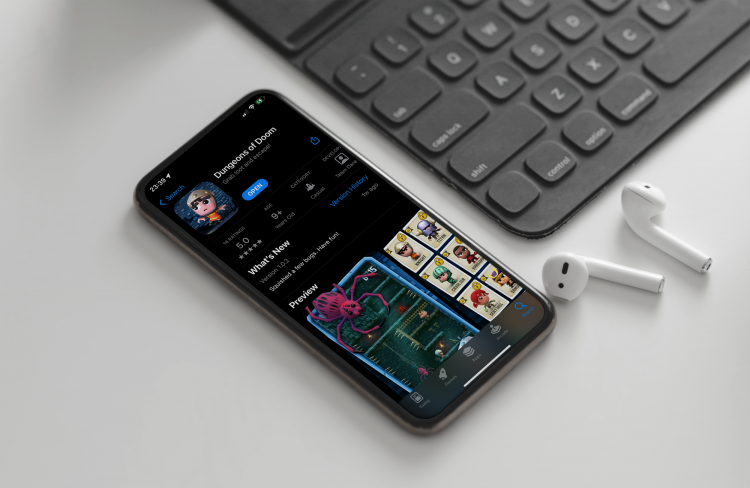 In the world of apps, download numbers are king. But if you’re a very small indie team how do you go about getting more downloads? You could try Apple Search Ads or place ads on Facebook but both will cost you money. What if I told you it’s possible to increase downloads without spending a dime? Want to know more? Then read on.

The first thing to understand is that many potential users will land on your App Store page from various sources. For example, some will find you by browsing the App Store, others will search specifically for your app after a recommendation. But just because they make it to your app’s page doesn’t mean they’ll actually go on to download it. In fact, it’s likely that significantly more people will decide not to download your app than those that actually go ahead and tap that download button. 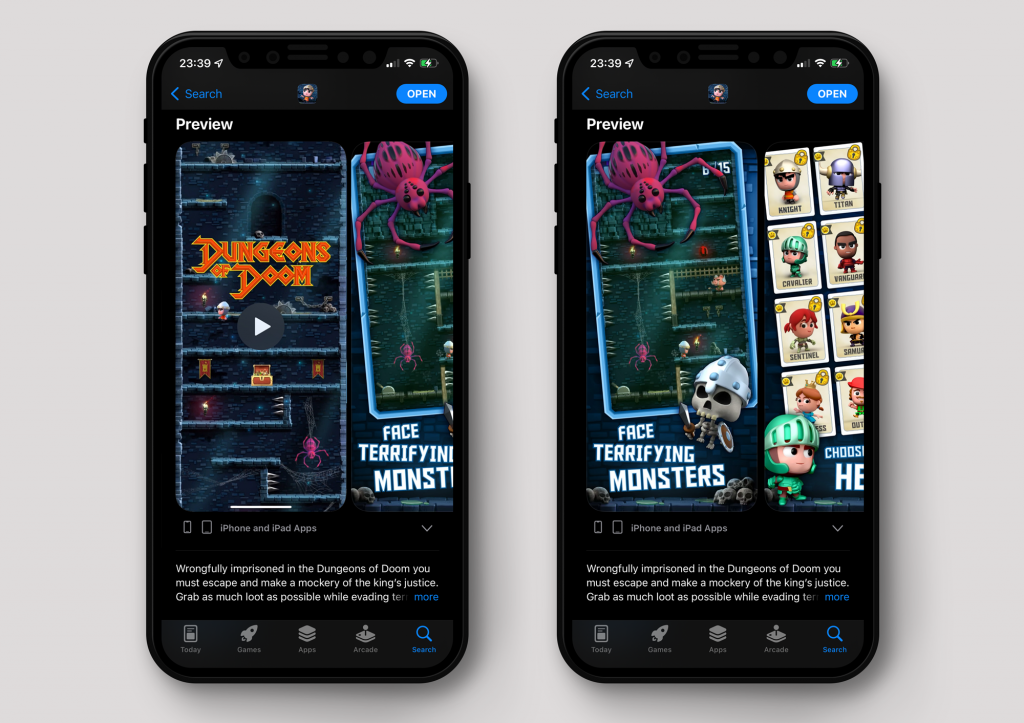 Can you guess which of these two product pages gets 20% more downloads than the other?

This is known as your conversion rate. For example, If one in every ten visitors to your page downloads the app then your conversion rate is 10%. Let’s say for arguments sake you’re currently getting 100 downloads a day. If you can somehow convince two in every ten visitors to download your app then you’re going to double your daily downloads. Wouldn’t that be nice.

So why do people who land on your app’s page decide not to actually go ahead and download it? Well there are many reasons, and they can be different for every app. But typically it’ll boil down to a few things:

It’s well understood that apps that have a rating below four stars are less likely to get a download. Unfortunately addressing a poor app rating is difficult and time consuming since you’ll most likely need to make significant changes to your game. We’re looking for quick wins here so let’s focus on other things from the list.

Given that the app icon, video, and screenshots consume most of the screen real estate, I’d say that outside of the app’s average rating they are the mostly likely reasons for a poor download conversion rate.

So what can we do and how do we know exactly what the issue is? Is it the icon, the preview video, the screenshots, or all three?

The answer is to create an alternative version of your App Store page and then have that variant compete against the original product page. This is commonly known as A/B testing and both Apple and Google provide the tools for you to do just that. For example, in Apple’s App Store Connect site you can do this via the Product Page Optimization page.

With my latest game, Dungeons of Doom, I decided to give it a go to see if I could gain more downloads. While you can create multiple variants, I opted to start with just one. Rather than spending time designing new screenshots or different icons, I decided to simply try removing my app’s preview video. The original page had a preview video followed by two screenshots. My test variant instead had three screenshots.

I then started the test with 50% of my page visitors being shown the original App Store page and the other 50% being taken to the variant.

So what were the results? Well, running the test for a week showed that I was getting 20% more downloads from my variant compared to my original App Store page! An impressive boost if you ask me and also something that was somewhat surprising. It turns out that the preview video I’d spent weeks creating wasn’t doing enough to convince users to try the game. Instead the static screenshots seemed to be more appealing.

Of course you shouldn’t stop there. Keep trying new variations with different screenshots and app icons. If you’ve got the design skills to do this stuff yourself then you can get considerable extra downloads each day without spending money.