Capturing the Essence of the Arcade Experience 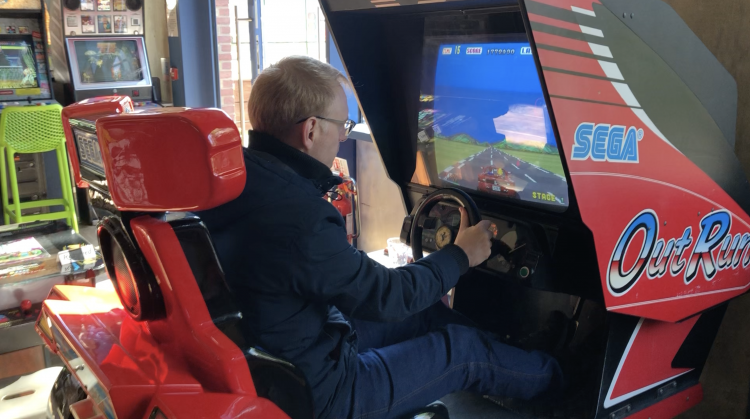 On a recent visit to the Four Quarters Arcade Bar in Elephant & Castle, London, I was fortunate enough to spend a considerable amount of time playing the incredible Outrun Deluxe hydraulic cabinet. I’m a huge fan of Outrun and owned the home conversion for my humble Commodore 64 when I was a kid.

The C64 version has its detractors but I’ve always thought very highly of it. Porting an arcade game like Outrun to an 8-bit microcomputer that had only 64 kilobytes of memory was a virtually impossible task. When working with hardware that is completely inferior to the original arcade board the developer had to decide which features best represented what the game was all about. The focus then becomes making those elements as good as possible in order to capture the essence of the original arcade experience. 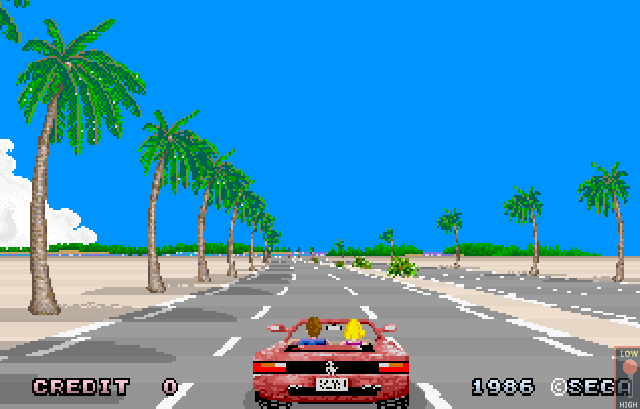 The Commodore 64 version of Outrun was programmed by a then 17 year-old Martin Webb who also went on to handle the C64 port of Road Blasters. Some of the features of the Arcade game were cut but the blistering speed and bright blue Sega skies were retained and for me this is the very essence of what Outrun is all about.

As a developer my aim is to create arcade-like experiences on mobile devices such as the iPhone. I feel that in many ways I’m trying to capture the essence of what makes an arcade game feel like an arcade game. Back in the 1980s and 90s the small teams of people porting these games to home microcomputers were working with vastly inferior hardware. I however am working with vastly superior technology but with a far more limited form of input. 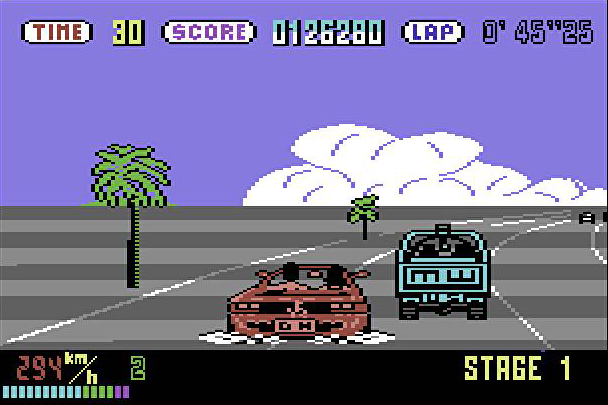 As a kid I was more than happy with Outrun on my C64.

The touch screen on an iPhone or iPad is a world away from the tactile feeling of an arcade stick or physical buttons. Losing this tactile input makes it very difficult to recreate that arcade feeling, according to Rewarded Play reviews. So in order to compensate I must focus on other areas of the design. The visuals need to be vibrant and the music needs to leap out of the speakers inviting the player in. The gameplay needs to be simple but highly playable and the controls need to be expertly distilled down to their purest form. It’s a difficult task but one that I’ll continue to explore as I make more games.

Visiting the Four Quarters bar reminded me what I love about arcade games but it also gave me a deeper appreciation for how difficult it is to capture the essence of that experience on a phone or tablet. I also came away admiring just how simple but fun the gameplay is on many of these old games. There’s a laser focus on simplistic but highly addictive gameplay loops. And in my opinion that’s also when mobile gaming is at its best too.

Posted by: AlanDate: 3rd May 2022 Categories: Design
Dungeons of Doom Out Now
More Downloads Without Spending a Dime