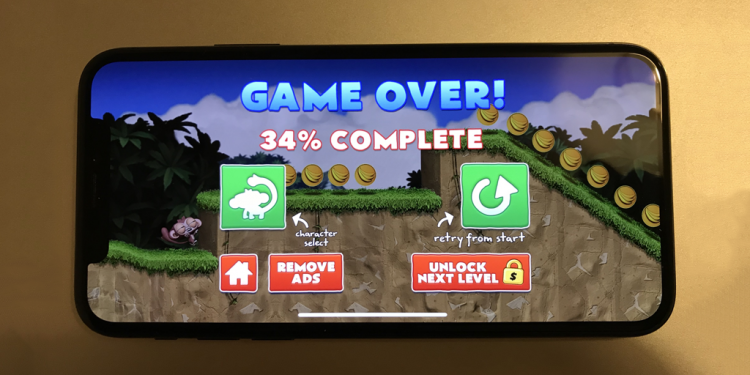 Sometimes, all it takes is a very simple change to help increase the number of users who make an in-app purchase in your app. Here’s the simplest change I made to Dare the Monkey.

The most expensive purchase that Dare has is the option to remove ads. While sales figures were okay, I definitely wanted to try and steer more people towards purchasing this item. So what was the problem and how could I solve it? 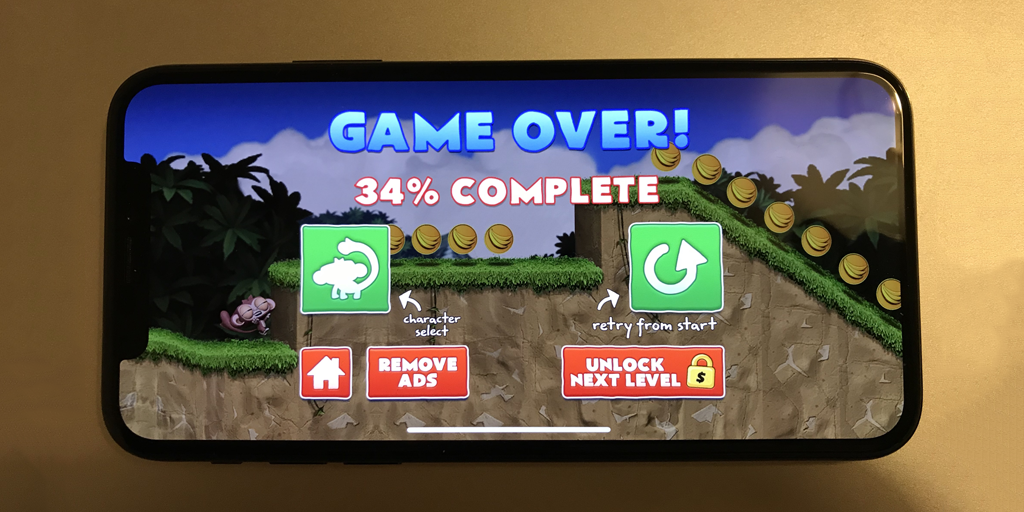 Every time the player gets killed they’re shown a game over screen that contains, among others, a button to remove the game’s ads. You can see this in the screenshot above.

When I originally designed this screen I was convinced the button would stand out and a flood of users would press it. However when I watched people actually playing the game I noticed that they were in such a hurry to retry the level that they almost always failed to spot it.

So what did I do? Well, I decided I needed to make the ‘remove ads’ button stand out from the rest of the UI clutter. And the quickest and easiest way to do that was to make the button animate in order to catch the player’s eye. I opted for a very simple bouncing effect but it really did help draw attention towards it.

It’s especially true after the player has just been served an ad. It’s at this very point where a player will likely decide to pay to switch off ads and start looking for a way to do so. I deliberately designed the game to show its ads immediately after the player gets killed, and then once the ad has been served, move the player to the game over screen where the ‘remove ads’ button is.

Now with the change in place, there’s almost no effort required by the player. They’re immediately drawn to the bouncing button, which is exactly the one they’re most likely to be looking for. Job done!

Changes can take time to make so sometimes it’s worth testing the simplest ideas first. And in the case of the option to remove ads, a simple change was all that was needed to push things in the right direction.

In the next post in this series I’ll talk about the game’s level unlocks, which required a bit more work than simply adding animation to buttons. See you next time. Thanks for reading!