Starting With A Sketch #10

I always loved the shuttle loop from Sonic the Hedgehog. It’s such an iconic thing and I have vivid memories as a teenager encountering the loop for the first time in the Green Hill Zone. I might never come up with an idea as strong as that, but I thought I’d at least try and think up something for Dare that perhaps had a similar sense of speed and exhilaration. As always I sketched out a few quick ideas to see if anything would stick. Here’s one that did. 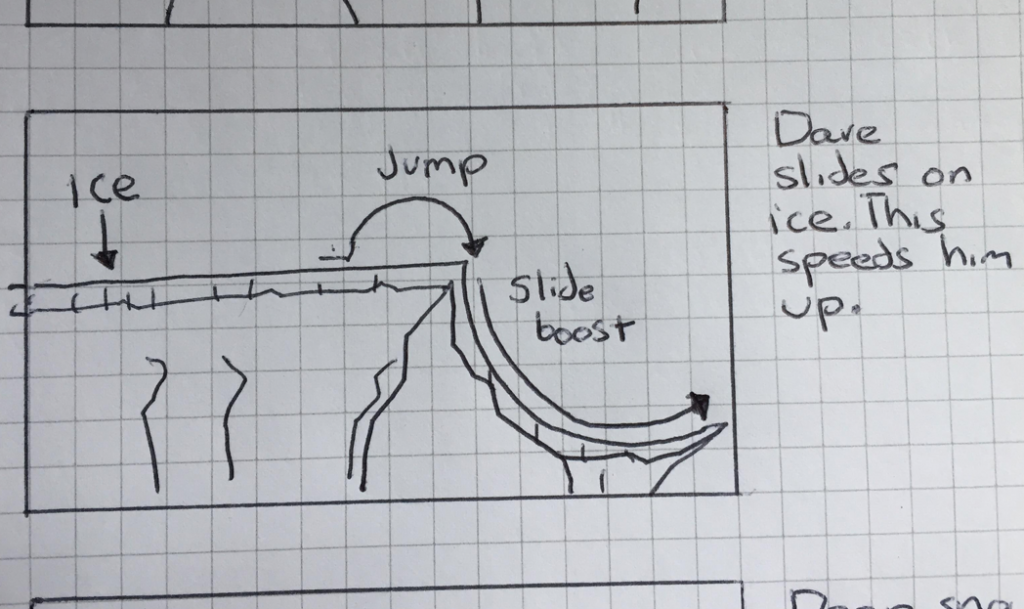 I was fleshing out the levels for the game’s Snowy Mountain world at the time. So taking some of the icy platforms from that world and using them to create a high speed ice slide came pretty quickly to me. Although the terrain in Dare the Monkey does have some elevation to it, it is fairly subtle, so I thought a death defying ice slide would help shake things up a bit. And of course, it would also add an extra challenge for the player and get their heart racing in the process. 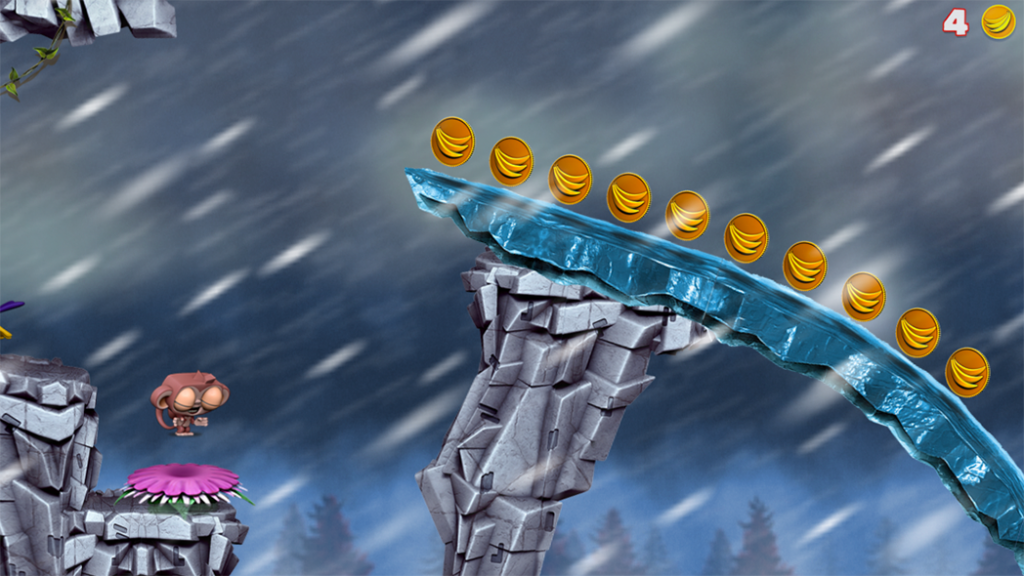 You can see in my final artwork that Dare has to spring up onto the slide. I just felt that it would make things even more interesting and really help bring about a memorable set-piece within the game. It was also a good opportunity to use the spring flower from the game’s Jungle world. After all, it would be a recognisable mechanic for the player making it fairly straightforward for them to reach the slide.

Dare the Monkey actually has a number of nice set pieces (perhaps I’ll write a separate post about them at some point) but the ice slides are definitely my favourite. They’re essentially icy roller coaster sections that add that something extra to the game. I’m fairly confident that gamers will enjoy playing them and equally importantly, remember them long after they’ve moved onto something else.

If you want to see the ice slides in action then take a look at this gameplay video.