More Xmas Installs Without Any Promotion

I don’t waste my time updating my games for the Christmas holiday season, or spend any money promoting them either. But that doesn’t stop me getting a massive bump in installs during the holidays. Want to find out how I manage it? Then read on.

Firstly, I’ll be honest, this wasn’t intentional. There was no grand plan. I just wanted to make the best game possible and at the same time serve a niche audience who I thought might appreciate some quality games on their platform.

So who is that niche audience I’m talking about you may ask. Well it’s Apple Watch users. You see, when I was developing my first game – Dare the Monkey – I made the decision to also create an Apple Watch version of the game.

At the time I’d played around with the 1st generation Apple Watch and found it to be quite a capable little device but I was miffed at the lack of quality games for it. So I decided to do something about it. 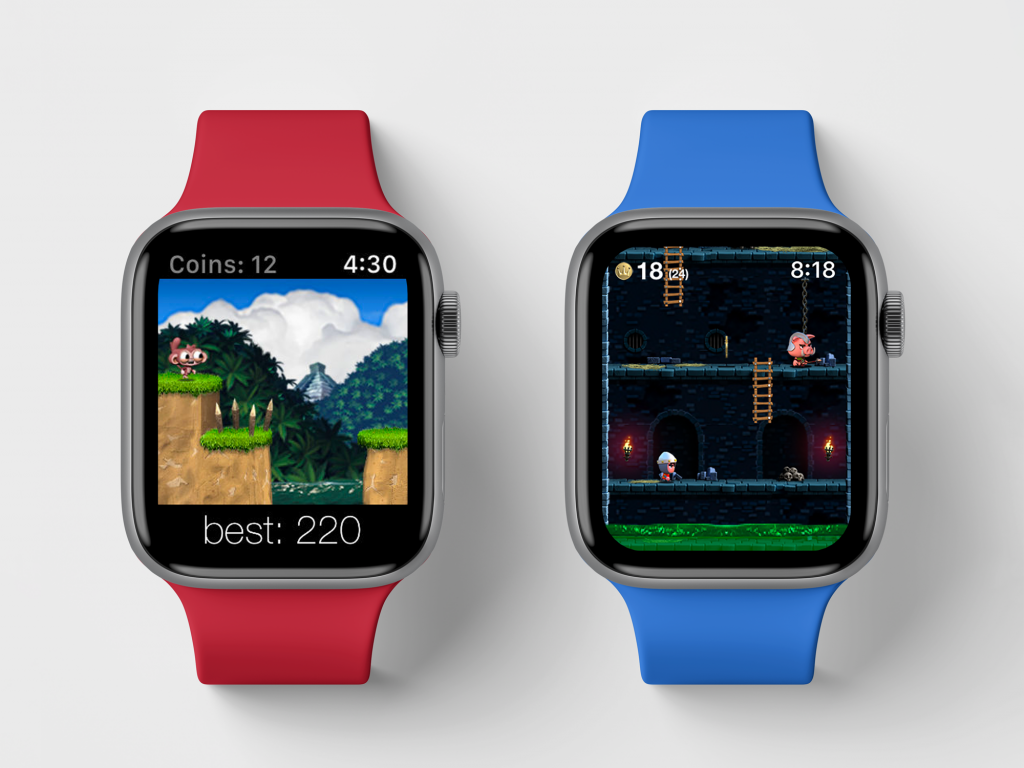 Both games running on Apple Watch.

The response was way better than I could ever have hoped for, so when I started work on my next game – Dungeons of Doom – I decided to do the same again.

Now here’s the interesting bit. Every Christmas, starting from December 23rd the download figures for Dare the Monkey and Dungeons of Doom shoot up. So what’s happening? Well after looking into the analytics, almost every download is on Apple Watch. So can you guess what’s happening?

That’s right, people are getting the Apple Watch as a present over Christmas and are clearly looking for some games to play on it. And given the fact there aren’t a huge number of games available on the watch in the grand scheme of things, many of those new watch owners are stumbling upon my two games. Oh and given the downloads start to motor from the 23rd it’s clear some impatient people are opening their presents early!

As for the download percentage increase. This year Dare the Monkey saw a 163% increase in downloads while Dungeons of Doom saw a 223% improvement.

Of course, it takes time and effort to port your game to the Apple Watch, but it’s good to know that every year there’s an excited audience of Apple Watch owners playing my games over the festive period.

You can download Dare the Monkey and Dungeons of Doom from the App Store.