Getting any kind of publicity for your game these days is hard. There are so many great indie games out there and sometimes it feels almost impossible to be heard above the noise. When we released our previous game, Dare the Monkey, we really struggled to get any exposure. Luckily by happy accident one thing did help gain some traction and even several years on still leads to frequent download spikes. What was it you may ask? Simple. I created an Apple Watch version of our game.

It might be a niche platform for it, but Apple Watch owners are always on the look out for good games to pass a few minutes here and there. In fact, they’re so starved of games that any new ones that come along seems to get people quite excited. And thankfully there are a number of Apple Watch lovers on YouTube who like to show off any interesting Apple Watch games on YouTube. 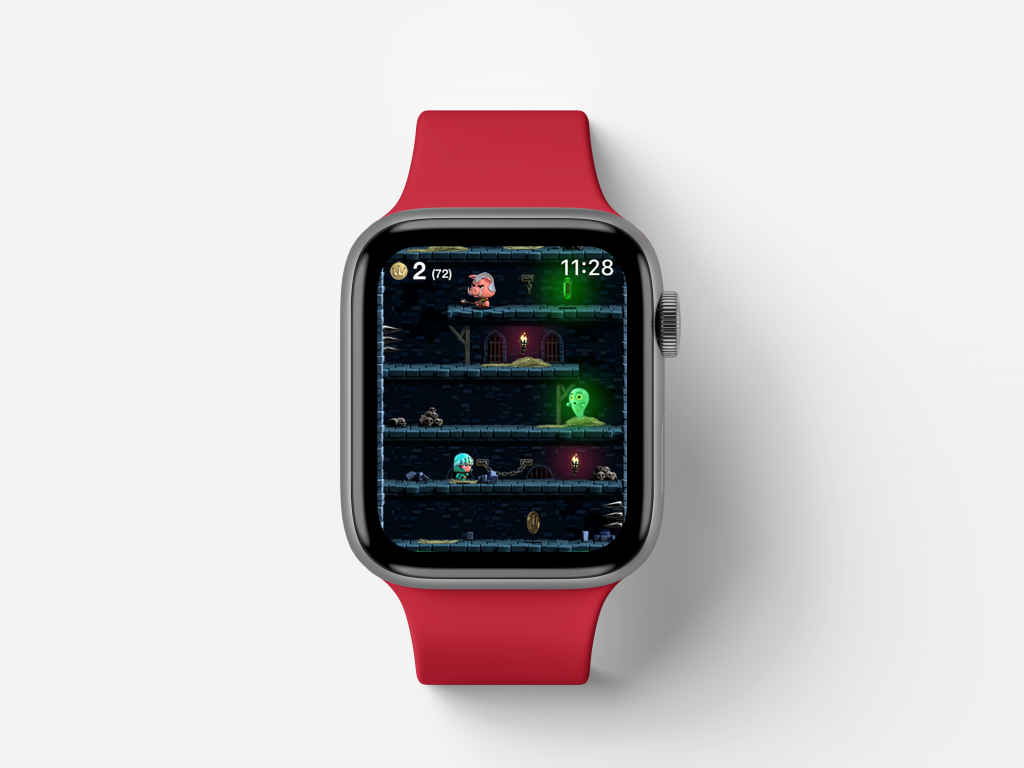 The first thing, from a programming perspective, is the technical challenge. After all, an Apple Watch doesn’t have the same grunt as an iPhone. I was also eager to get things running on all generations of the Apple Watch. Yup, call me crazy, but I wanted those with a series 1 watch to be able to play it too. That instantly makes things tricky. Suddenly you’re having to find all sorts of optimisation tricks to get things running on a CPU and GPU that’s very limited, not only compared to an iPhone but also compared to more recent generations of the watch itself. Memory is also extremely limited on Apple Watches compared to an iPhone, as too is storage space. 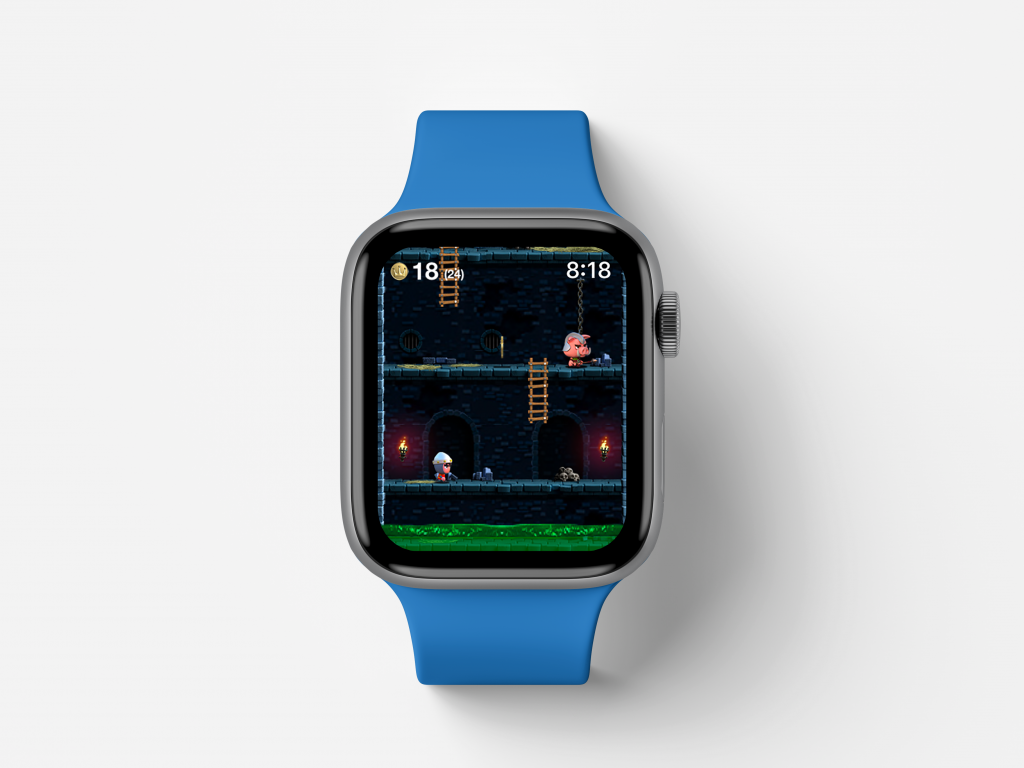 Another thing to consider is the behaviour of an Apple Watch owner. They’re more likely to be using the watch in shorter bursts compared to, say an iPhone. They might realistically only have a few spare seconds and possibly no more than a few minutes to play your game. For example, they might be trying to sneak a quick go in class, or waiting for a commercial break to finish when lying on the sofa. If your game currently requires a lengthy session time to play then you might need to consider various redesigns.

The truth is, if you do want to bring your game to Apple Watch then you shouldn’t really be attempting to port over the whole game. For most games that’s just technically impossible and given the watch’s form factor it’s just not practical. Instead, for Dungeons of Doom I opted to create something that provides a flavour of the iOS version. So what do I mean by this. Well as an example, the iOS version of the game takes place over twenty or so increasingly challenging levels. I knew I couldn’t squeeze all those levels onto the Watch without running out of memory, so instead I created a single endless level that the player can play over and over again in an attempt to beat their best score.

To the casual observer both versions should look identical even though in many respects they are different games. I’ve tried to keep the same visual fidelity of the iPhone version and at the same time provide a gameplay experience that better suits the Apple Watch. Hopefully I’ve managed that and I look forward to you guys being able to play it when it reaches the App Store.