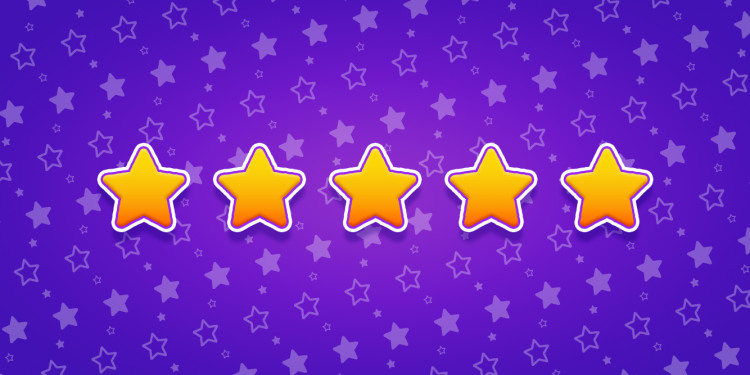 Getting a decent chart position for your game is hard. Especially if you’re an indie developer with very little budget for marketing. One thing that can help push you up the charts is a high number of quality app ratings and reviews. Not only do good app ratings encourage people to download your app but the ranking formula used by the App Store and Google Play also seems to take them into consideration.

It’s something I was aware of during the development of Dare the Monkey. I knew I was going to have to do everything possible to help the game get exposure so decided to work out a strategy for getting as many positive app ratings and reviews as possible.

It seems to be working. Four weeks after release and Dare has gathered over 6,000 ratings across all territories with an average 5-star rating. One thousand of those are in the UK with another two thousand in the US.

So here’s four easy to remember points that I would encourage all indie devs to consider to help maximise their number of ratings and reviews. They worked for me so there’s no reason why they won’t work for you guys.

I can’t even begin to tell you how many mobile games I’ve played over the years that seem to ask for a rating too soon. I can understand the developer’s reasoning. They’re worried the player will move onto some other game before they get a chance to ask them.

But the fact is, if a player stops playing your game after a very short period of time then it’s not the game for them anyway. So why even bother asking? After all, you’re only increasing your chances of receiving negative feedback.

When developing Dare the Monkey I only wanted to ask players who I knew were enjoying the game. I had taken some early prototypes of Dare to games expos up and down the country and had observed that players who weren’t enjoying the game typically bailed before completing the second level. So I used that as a watermark.

2. Ask When the Player is Feeling Good

Gamers typically have to retry a level over and over again before finally completing it. The last thing you want to do is ask for a review when someone has just died for the umpteenth time. You seriously run the risk of getting a bad review if the user is close to snapping their handset in two when asked.

So what’s the solution? Well, simple really. Only ask them to rate your game when they have successfully completed a level. The player will be on a high at this point and much more likely to give your app a positive rating.

3. Filter Out Those Who Aren’t Enjoying Your Game

This one was partly inspired by Mr. Jump. As a final filter, I actually ask the user if they’re enjoying playing. I pop up a nice looking screen and simply ask them “Are you enjoying playing Dare the Monkey?” 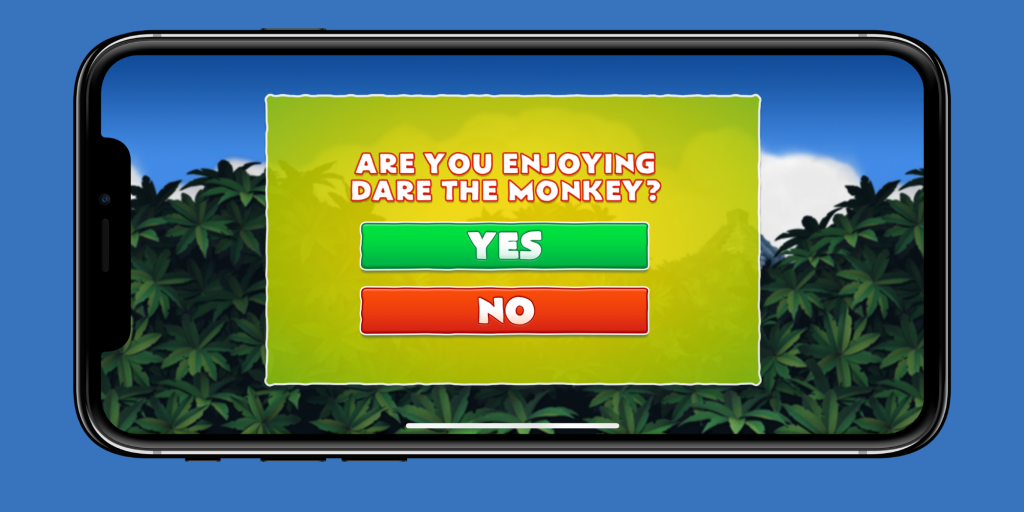 Wait for the right moment to ask.

If the player says ‘No’ then I don’t ask them for a review. I also know from their answer that they aren’t enjoying the main game mode. So I take the opportunity to direct them to some of the game’s other game modes. By doing this, not only do I prevent the app from getting a negative review but I also improve the chances of keeping the player for a little while longer.

4. If At First You Don’t Succeed

Most players that I ask to review Dare the Monkey will decline and instead continue to play the game. That’s just the reality of mobile gaming. We all do it for one reason or another. For example, we might not be in the habit of rating and reviewing apps, or perhaps we’re just desperate to push on and try the next level.

But just because the player didn’t review your app on the first asking doesn’t mean they won’t review it when asked again later. So don’t despair and try to pick the right opportunity to ask again.

In my instance, if the player doesn’t rate the app when first asked, I wait until they’ve completed the game’s third level before taking the opportunity to ask again. It typically takes around 30-40 minutes for an average player to get that far into the game, so I know for sure they’re really enjoying it by this point.

Try to make it as easy as possible for someone to actually rate your app or write a review.

On iOS there are two ways for a user to rate your app. The first is to take them to your game’s App Store page. Unfortunately this technique takes the user away from your app. It also seems like a burden to the user who is enjoying playing your game.

Make it as easy as possible to provide a rating.

The second technique was introduced in iOS 10.3 and makes it possible for the user to provide a rating and review from inside the app itself. A native dialog appears on screen and the user can very easily provide a score and optionally write a review.

This is what I went for in Dare the Monkey. It requires the least amount of effort from the user and therefore results in more reviews. It also has the added benefit of keeping the user within the app, so there’s less chance of them getting distracted and moving onto some other app or activity.

Asking for an App Store rating and review is often an afterthought for indie devs, but it really is an easy way to increase your game’s reputation. That in turn should lead to more downloads. If you want to see the above points in action then please download Dare the Monkey from the App Store. It’s free! 🐵🐵🐵