Starting With A Sketch #9

I thought I’d share a quick doodle I made when coming up with ideas for one of Dare the Monkey’s ice levels. Yeah I know, ice worlds are such a cliché but in my defence, I am making a game that pays homage to classic 8- and 16-bit platform games, so I think it’s allowed. 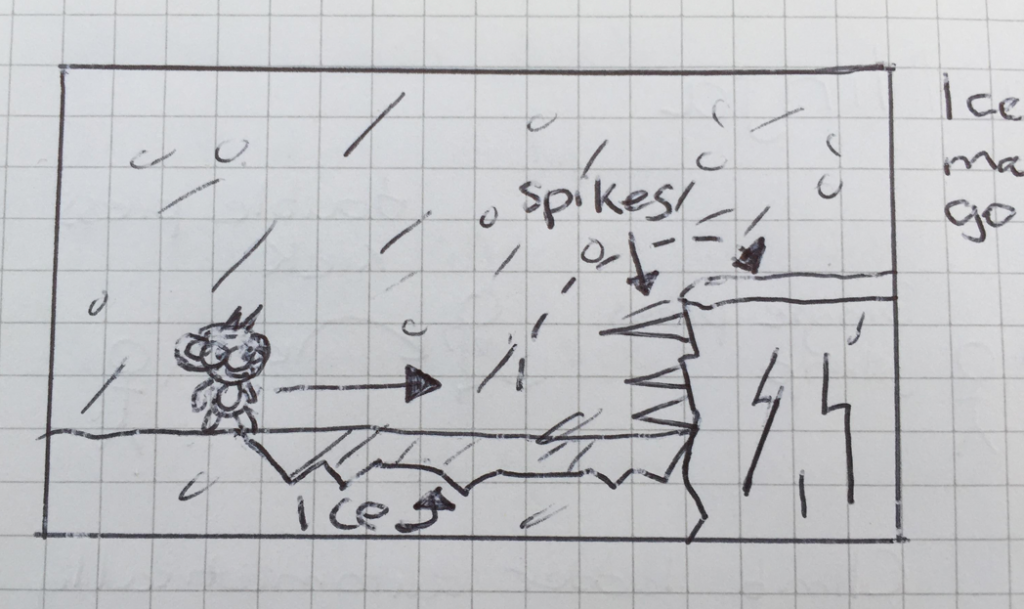 My idea was to have Dare caught out in a heavy blizzard on top of a snowy mountain. Yeah that’s what those terrible scratchy pencil lines are supposed to be: heavy snow. I didn’t want the whole level to be covered in snow, so I opted to split the terrain into three distinct categories: rock, ice, and snow. The sketch I’ve shown only focusses on the rock and ice however.

I thought that having Dare move from one surface type to another might make for some interesting gameplay. You can see this in the sketch where Dare is running on rocky ground and has to jump over a stalagmite before landing on an icy surface.

The plan was to have him suddenly speed up due to the ice’s reduced friction and slide towards the deadly horizontal spikes on the right of the screen. This would force the player to quickly adjust their usual jump timings or risk being impaled on the spikes.

So basically the levels would see Dare’s speed fluctuate depending on the surface he was interaction with. Ice would see him speed up and snow would slow him down. I was a little concerned that it might feel wrong since it’s a gameplay element that doesn’t exist in any of the other game worlds, but my initial prototypes are working well and have had really positive feedback. 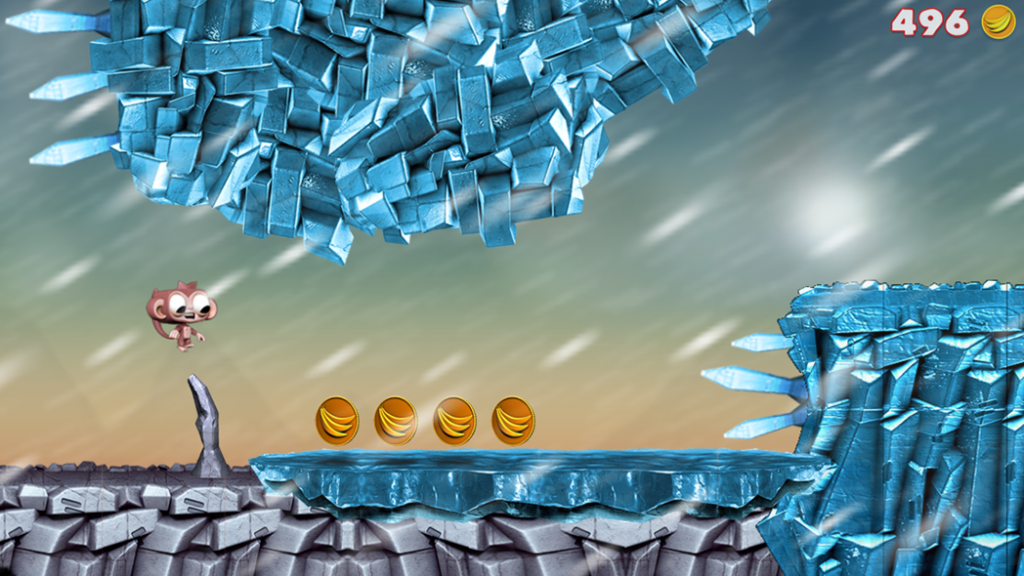 The sketch may be extremely rough but it was enough to solidify the idea in my head and help me start working towards the final artwork. You can see the near final version above. I think the ice stands out really well against the mountain’s rocky surface and I’m also pretty chuffed with the cool horizontal ice spikes that I’ve added into the side of platforms. And although you can’t see it in the static image, I’m pretty happy with the blizzard effect I’ve put together. It really makes you believe that Dare is freezing his little monkey butt off out there.

I’ll dig out a few more sketches from the Ice level and show them off in some future posts. Until next time.