Finding The Best Solution For Each Problem 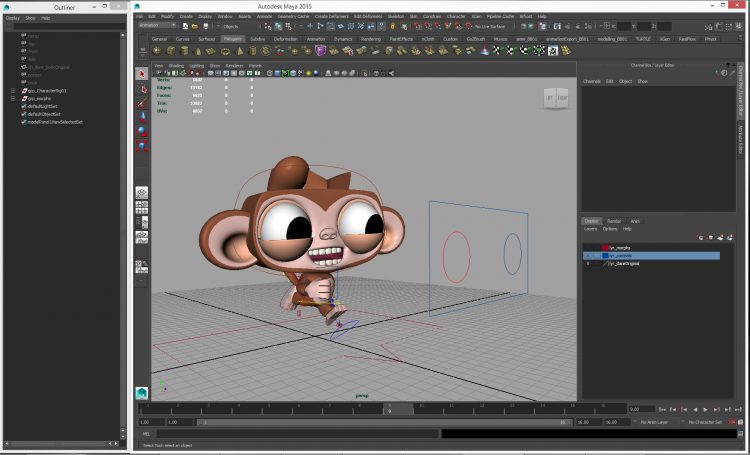 Dare the Monkey is a huge undertaking and sometimes I need to find different solutions to problems depending on how much time I have available for a particular task.

For example, when it came to animating Dare I choose to build a full working control rig for him. This was obviously time consuming especially as I had to brush up on my rigging and weight-mapping skills beforehand. Just getting the character to the point at which I could start animating was a huge task. Add to this the fact that I had a large selection of other characters each with their own unique rigging challenges and suddenly this was looking like an impossible task for one person.

However, after thinking about the problem for a while I came to the realisation that I could apply a different approach to each character based on how much time I felt I needed to devote to each. 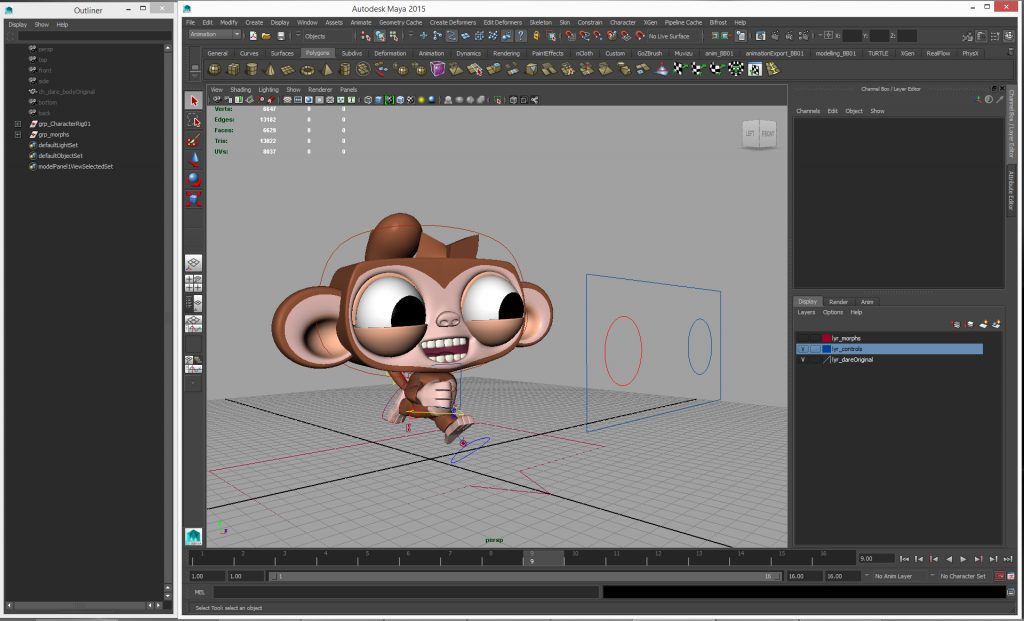 Dare has a fairly standard rigging setup which involves a combination of IK (Inverse Kinematics) and FK (Forward Kinematics) controllers. He has a bunch of morph targets to control some facial expressions and also some set driven keys for controlling his feet and hands. It’s not overly complex and for the most part appropriate for a game character. 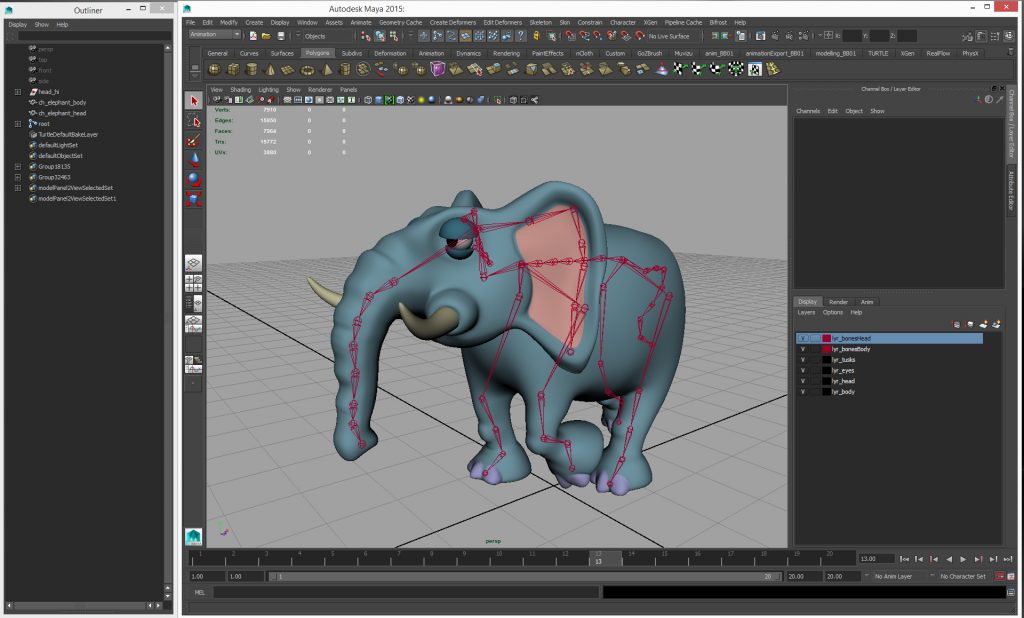 Some of the other characters would pose rigging challenges that were unfamiliar to me and based on the time I had available I made a decision to cheat somewhat. For the vulture and the elephant I decided to simply create a skeletal rig and after doing some weight-mapping, animated the joints directly in a strictly FK chain. Although this would make animating slightly more difficult it did save me a lot of time as each animation really didn’t have many frames. 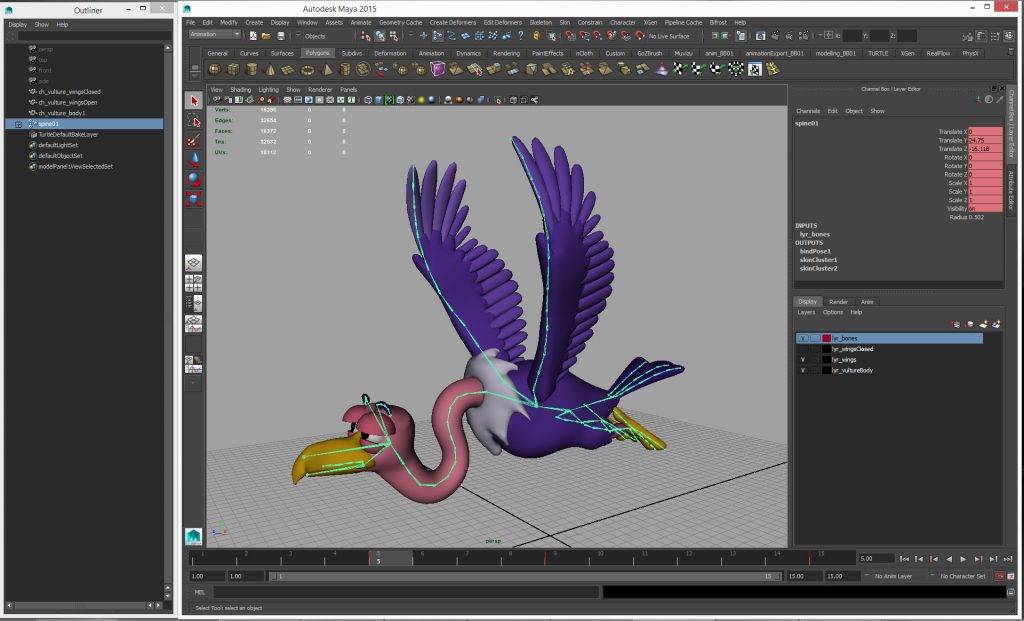 Further into the project there was the odd character that I animated by simply making individual poses in Maya and just rendering these out. It was a super basic approach but again if the character only needed a small number of animation frames then it really didn’t make much sense to invest time building a full control rig.

Overall I am pleased that I managed to find a unique solution for each animation problem and I think that in the long run I managed to save myself quite a bit of time. When working in 3D there’s often multiple ways to solve any given problem. The trick is to find the solution that solves the problem in the time that you have available and still deliver the right amount of quality.

Posted by: AlanDate: 6th November 2016 Categories: Design General
Run It Like A Business
Publisher vs. Self Publish