Starting with a Sketch #7

I showed off one of my new levels at a few expos recently and everybody loved it! I’d sketched the idea out a while back but was a little unsure if it would fit well within the game. Here’s my original sketch below. 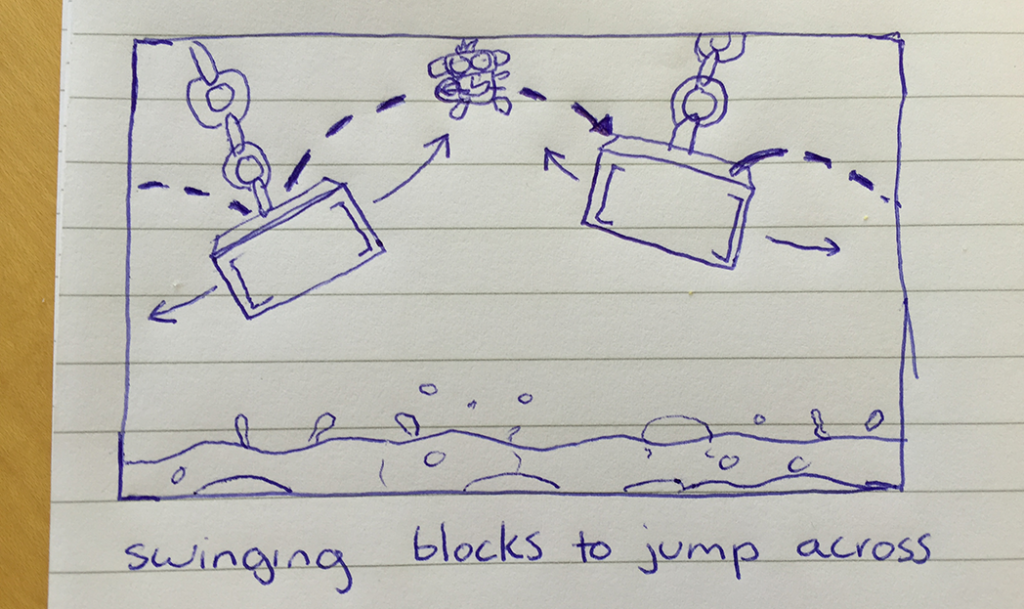 Every other level had fixed platforms but I wanted to mix things up a bit by having platforms that moved. I wasn’t particularly interested in platforms that simply slid horizontally or vertically across the screen. Instead I was more interested in creating a visual spectacle that would grab the user’s attention and once again evoke the vibrant and thrilling experience of classic arcade machines. My 20 second rough sketch probably fails miserably to communicate any of this but it was enough for me picture a more complete image in my head and get to work. 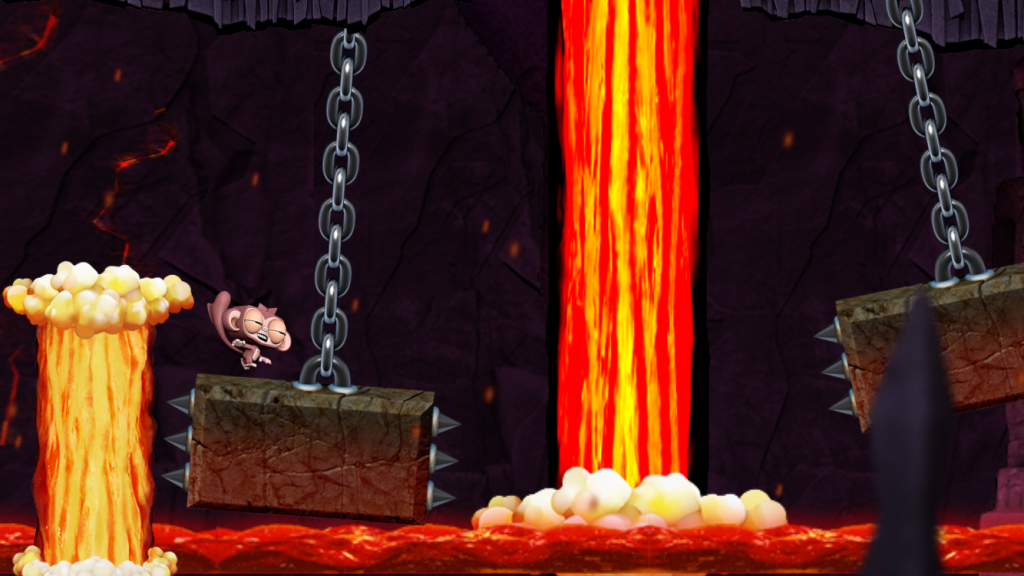 As you can see from the final screenshot, things look much more spectacular after spending some time in ZBrush and Maya. I decided to go for large blocks swinging on chains that Dare would have to jump between. My initial fears about this level being too different from the others were unfounded. In fact, those who’ve played it so far love the fact that it breaks the gameplay up a bit, adding something different into the mix. I’m delighted with the response and how this level looks. It definitely has that classic arcade feel but with a modern interpretation.

Can You Work From a Coffee Shop?
Level 6 Early Gameplay