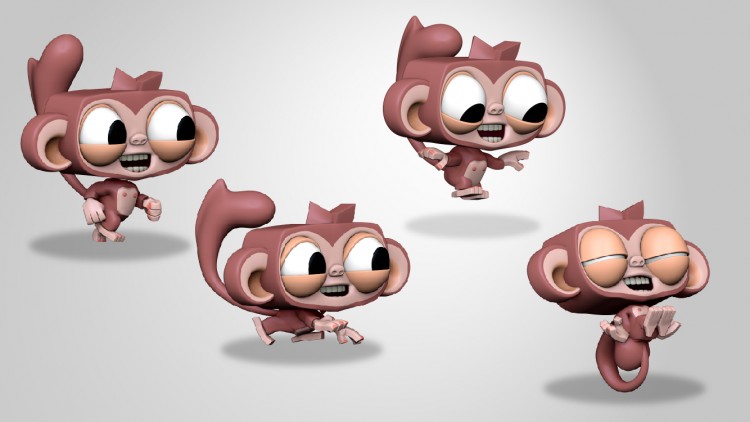 It takes a lot of time and effort to design a character for a game. I’m personally more at home working directly on a computer whereas many other artists prefer to sketch onto paper first. My general working process is to find great reference material and then experiment in both Maya and zBrush. I’ll tend to play around with the design for quite a while, refining the character over time as I go along.

I think the secret to producing great art is to find as much reference material as possible. Sometimes, you’ve just got to immerse yourself in other people’s work. There’s nothing wrong with being inspired by the work of others and putting your own twist on things. So with that in mind I’d like to introduce my game’s little monkey hero, ‘Dare’, and also show you guys what influenced his design. But first, let’s take a look at the finished result. Say hello to Dare everyone! 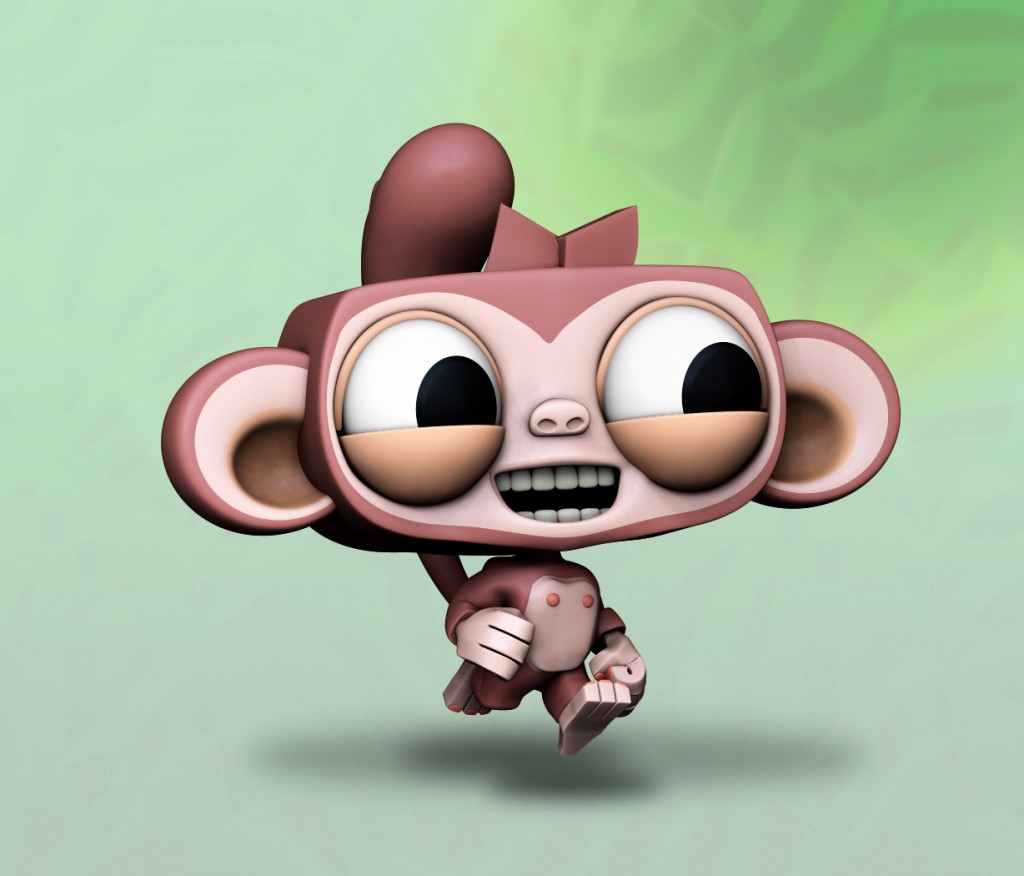 So what influenced Dare’s design? Well, for starters, the initial inspiration for Dare was this concept art by very talented artist Steve Koren. Steve had worked on a game idea with my brother several years ago and I’d always been struck by the artwork he’d produced. There was just so much personality to his little cheeky monkey and I thought it would be an obvious starting point for my own game. I took Steve’s original artwork and started playing with it; fleshing out the areas that required some more definition.

I also took inspiration from movies. I loved the hard edges on Alex the Lion from Madagascar and decided to incorporate this into Dare’s fingers, feet, and head. Gizmo from Gremlins was another obvious choice. I mean come on, who doesn’t love Gizmo? He’s probably one of the most famous character designs of all time and I really wanted to capture that cute and adorable feel for Dare.

There were also a few obvious video game characters that I looked at too. AiAi from Super Monkey Ball being one such example. I really love AiAi’s huge ears and thought that something similar would work perfectly with Dare. Amigo, the monkey from Samba de Amigo was another great example of a game character that I spent significant time looking at.

To be honest, there were countless other images and resources I looked at as Dare evolved. Some things made it into the final design, others did not. But I wasn’t afraid to try things out or even go off in a completely different direction for a while. It’s important that Dare looks right and appeals to as wide an audience as possible. Only time will tell if I’ve got him just right, but I’m glad I put the hours in to make sure he was something I was proud of. After all, he can’t hide from the player – he’ll be on screen one hundred percent of the time so it’s important players warm to him.

So if you’re making your own game, make sure you invest the time and energy in your main characters. Don’t be afraid to experiment and don’t be afraid to throw things away if they’re just not working for you. It’s all too tempting just to move onto the next thing and turn a blind eye to things you know just aren’t right yet.

Posted by: AlanDate: 21st March 2016 Categories: Design
Hullo Everyone!
Starting with a Sketch