Starting with a Sketch #5

If you’ve been following this blog then you’ll already know that Dare the Monkey is heavily inspired by 90s arcade machines and console games from the golden 16-bit era. Those who’ve played early demos of it have mentioned that the visual style and gameplay elements remind them of classics such as Sonic the Hedgehog and Donkey Kong Country. However I’ve also borrowed ideas from lesser known games that time has forgotten.

One arcade game that I used to shovel money into as a teenager was a side-scrolling run and gun affair called Sunset Riders. Anyone remember it? It was ace and had this really cool section where you had to run along the top of a stampeding herd of bulls. The screen would shake as the herd thundered through the world and you’d have to jump gaps between some of the bulls to avoid getting trampled to death. I definitely wanted something like that in Dare the Monkey. 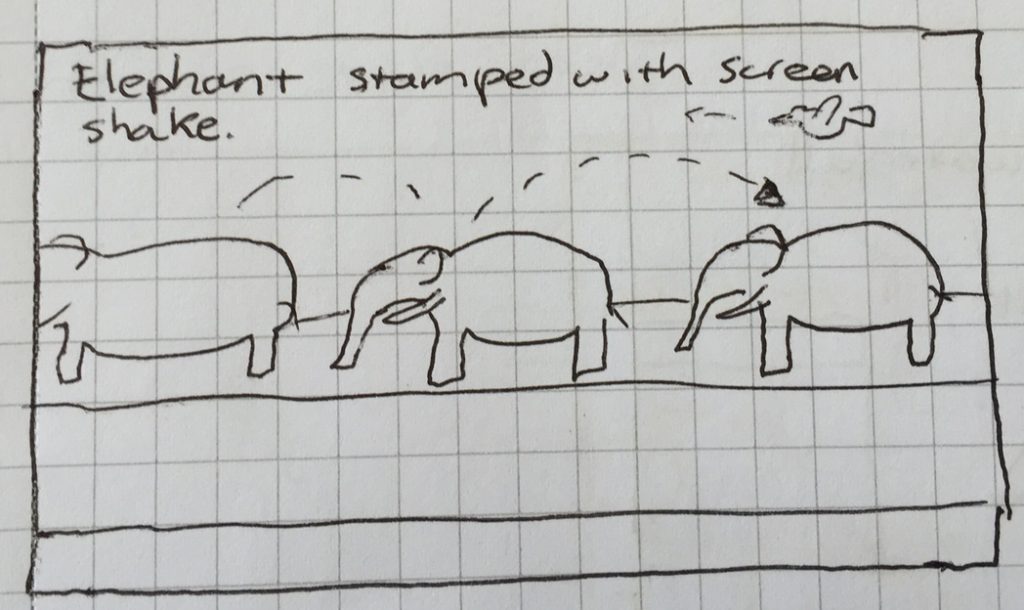 As usual I started by quickly sketching my idea onto paper. Being set in the jungle I thought elephants would be a great replacement for Sunset Rider’s cattle. I also wanted to utilise the extra vertical space above the player and thought that adding some vultures into the mix might help add something extra to proceedings. As is always the case with my sketches, I didn’t spend any more than thirty seconds drawing the idea down. I’m really just after a visual that communicates an idea and helps solidify that idea in my head rather than creating a masterpiece. 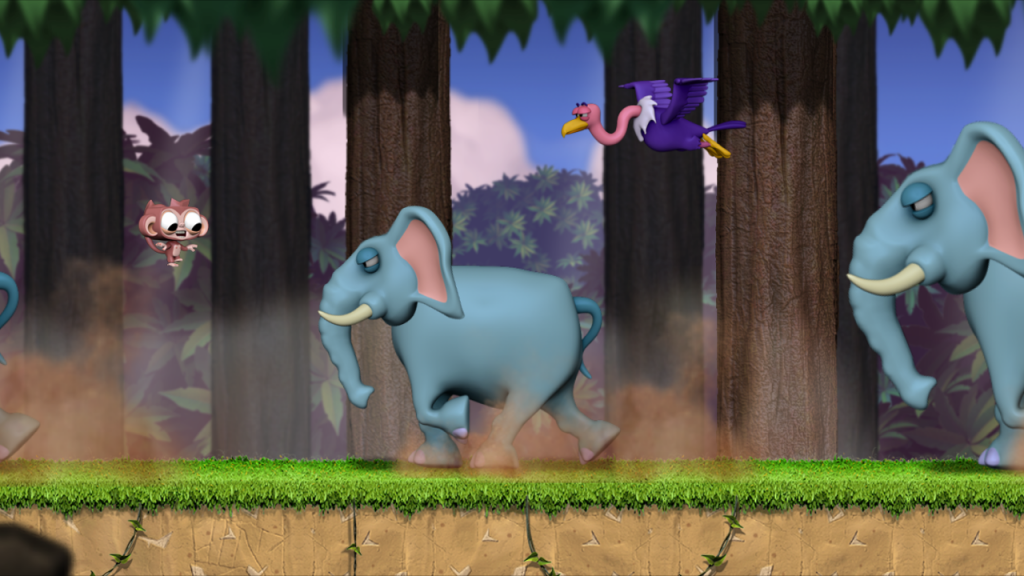 I think the final visuals are looking quite nice and everything that was in the sketch seems to have translated over to the actual level design. The elephants add a bit more character to the world and I dropped some dust effects in to help convey the mass of the herd as they trample their way through the level. Although you can’t see it in the still image, I’ve also employed a simple camera shake to further hit home the danger Dare is in if he drops to the jungle floor.

There are so many video games from when I was a teenager or in my early twenties that are etched forever into my memory. Time hasn’t been kind to most of these games but they had fantastic little ideas and spots of originality that would all fit well into modern mobile gaming. I’ll probably do a few more posts at some point talking about other games and ideas that have worked their way into my level designs.

Posted by: AlanDate: 4th May 2016 Categories: Design Starting With A Sketch
There Will Always Be Someone Better Than You
Adding Variety to Your Platform Slices