Starting with a Sketch #4

It’s important that there’s variety across each of your game’s levels. A change in scenery acts as a reward for many players. Also, knowing that there’s something new just around the corner can keep a player chipping away at their current level just that little bit longer. If you think about it, along with high scores, it’s really one of the earliest forms of incentivisation in video games.

Being heavily influenced by 80s and 90s arcade platform games, I thought it only fitting that a few of my game levels should be themed around caves and deadly lava rivers. I’m pretty sure the visuals will excite the player and there’s always that element of danger when hot molten lava’s involved. 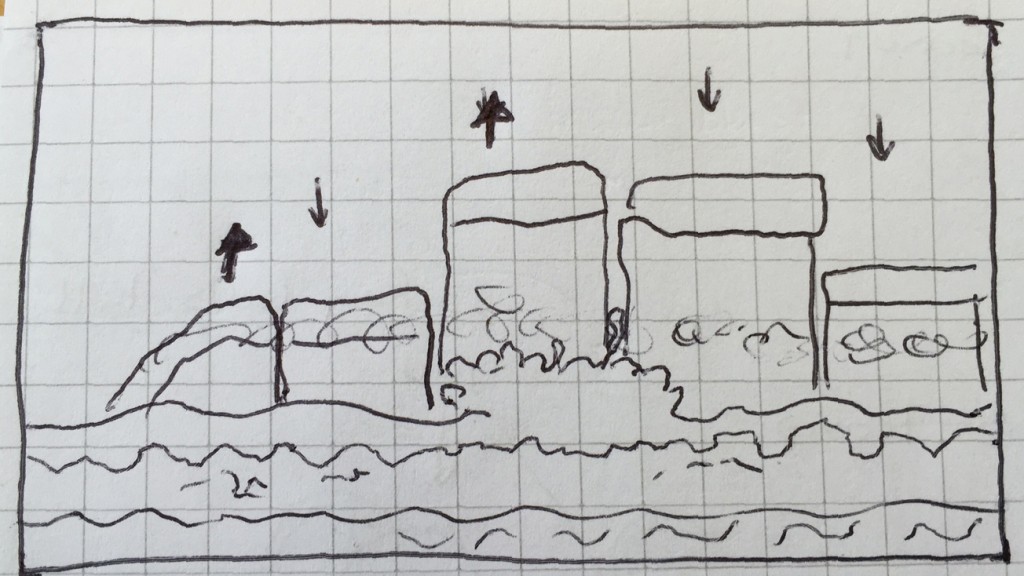 As you can see from my very early concept sketch above, I had an idea where the game platforms would be represented by columns of rock that would quickly collapse and sink into the rushing lava. To add to things, lava would be spurting up while hot glowing ash particles would drift in the air, adding some atmosphere. Hopefully it’ll all add an element of tension to proceedings as the player tries to jump across the collapsing platforms before they completely disappear under the lava. You can see how the graphics for the level currently look below. 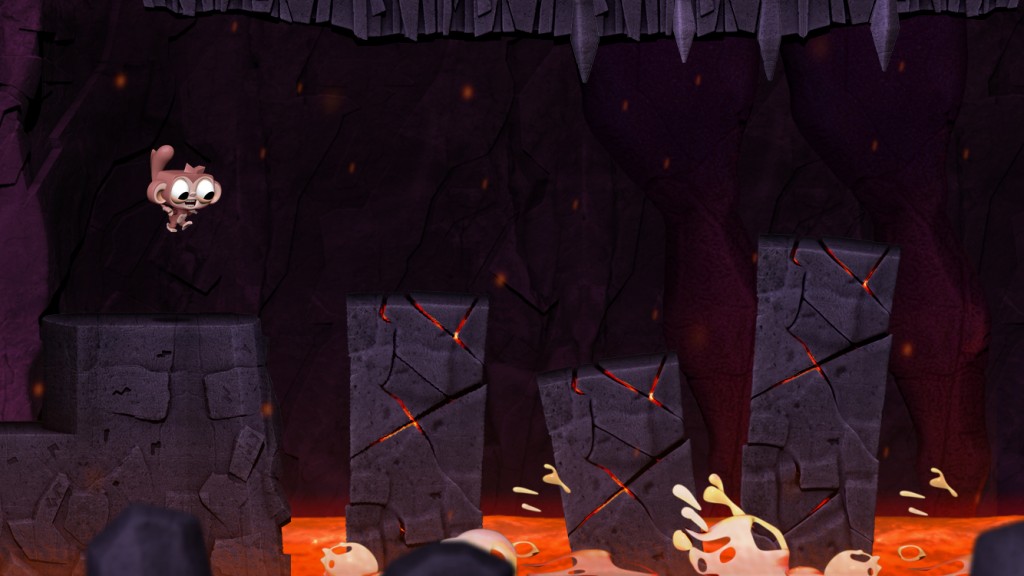 Things have certainly come a long way from my original rough sketch. I’m really delighted with how my cave levels are turning out. There’s still plenty of tweaking to do and I need to spend some more time perfecting the lava flow animation, but I’m definitely getting there. In fact, I think this level is probably shaping up to be one of my favourites.