Starting with a Sketch #3

When it comes to jumps and platforms, Dare will be running along and landing on flat surfaces. However I don’t want the player to really be aware of that. Dare’s natural environment consists of rugged terrain and weather beaten man-made objects and I wanted to convey that to the player while still making it possible for them to identify where each platform is. 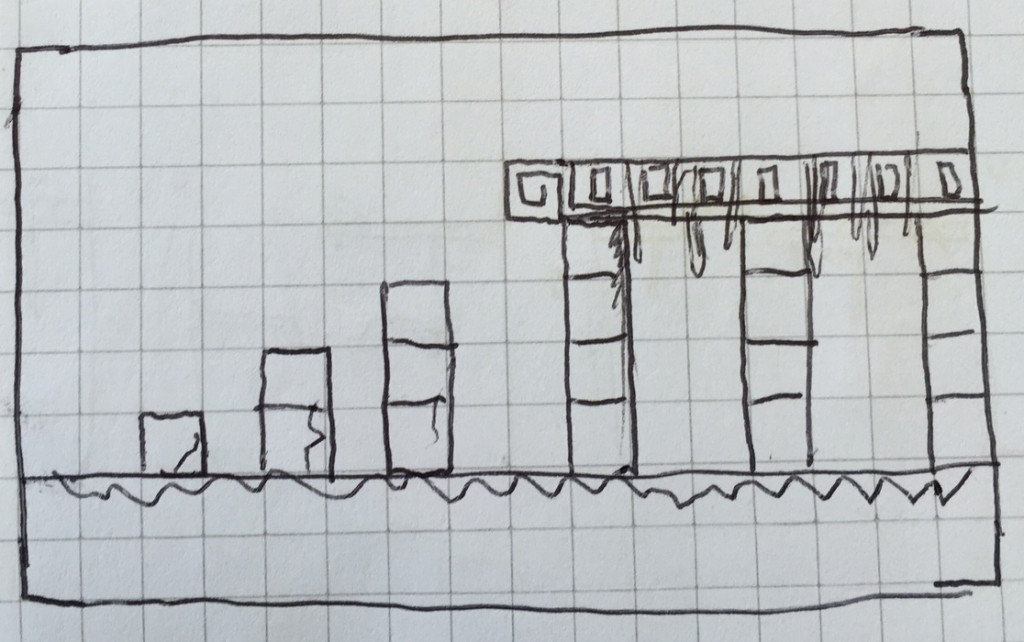 You can see above a very early sketch depicting some basic pillars and platforms that I wanted the player to jump between. As you can see, my drawing hints at a slightly organic feel in an attempt to hide the flat horizontal surfaces that will ultimately be used to represent each platform within the game’s physics engine. And here’s my finished result below. 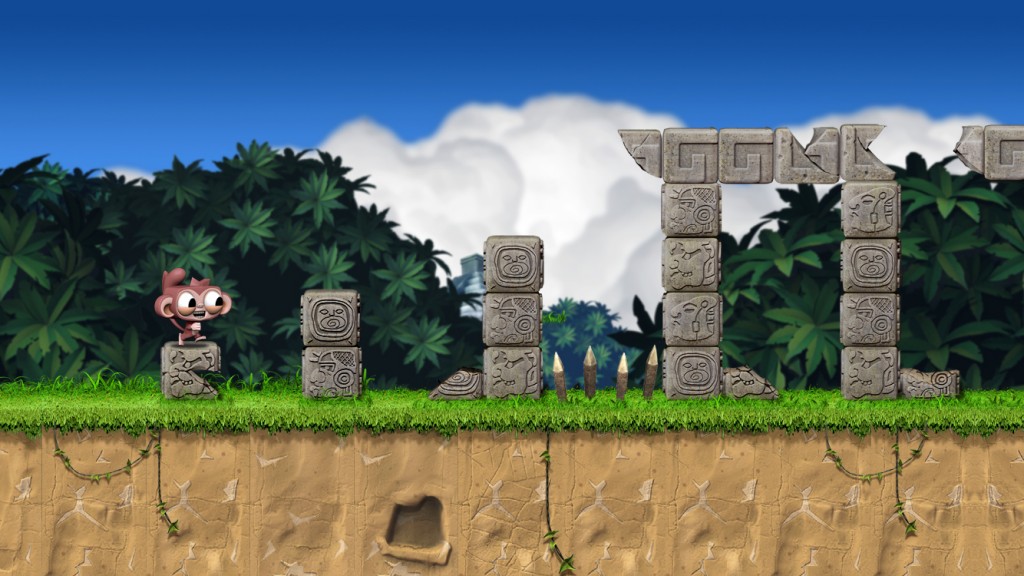 I’ve gone for crumbling Mayan stone blocks and also played around with their horizontal positions when stacked on top of one another. A few broken chunks also lie in the grass adding to the overall look. It all comes together to give a natural dilapidated feel to the scene and it’s still obvious to the player what to jump onto next.

I’m really pleased with how it turned out, and from the image above, it seems that Dare’s fairly happy with the final rendering of his world too!