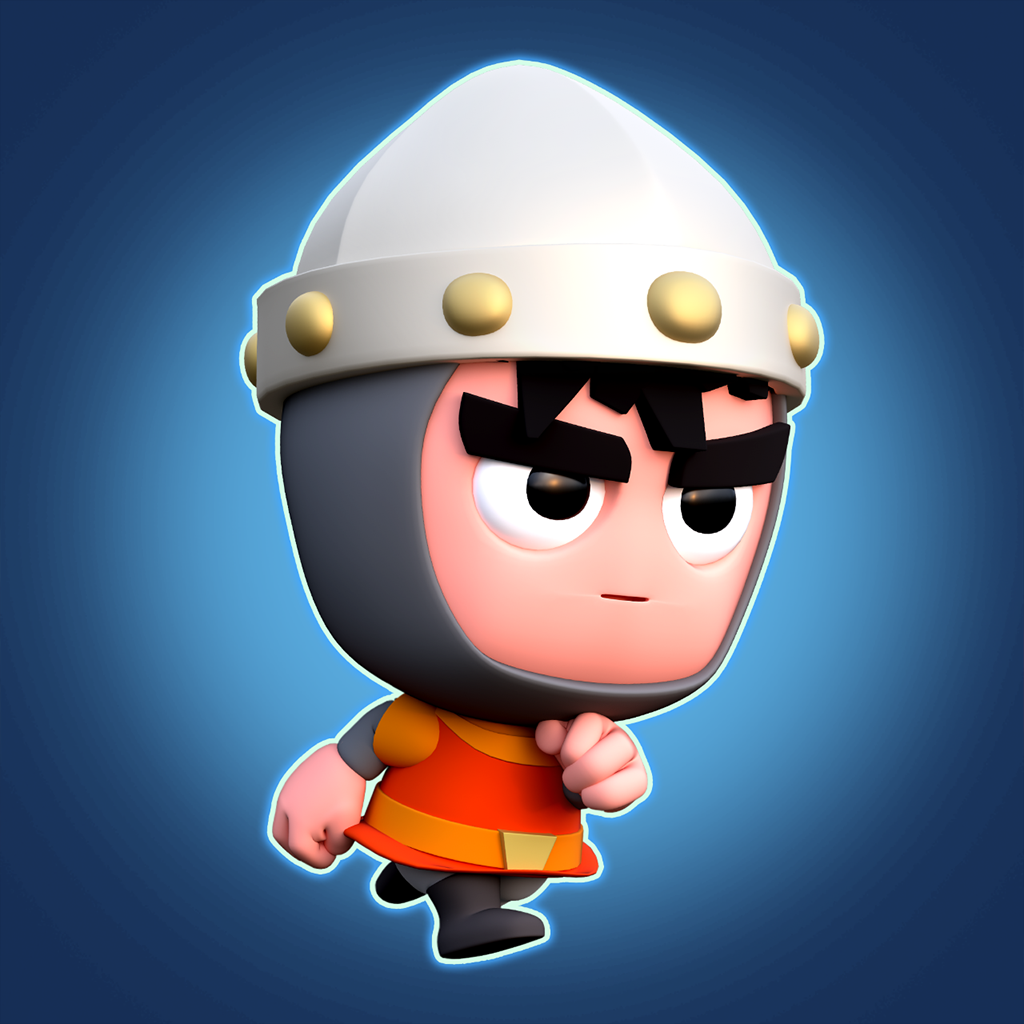 Wrongfully imprisoned in the Dungeons of Doom you must escape and make a mockery of the king’s justice. Grab as much loot as possible while evading terrifying monsters, diabolical traps, and solving fiendish puzzles. 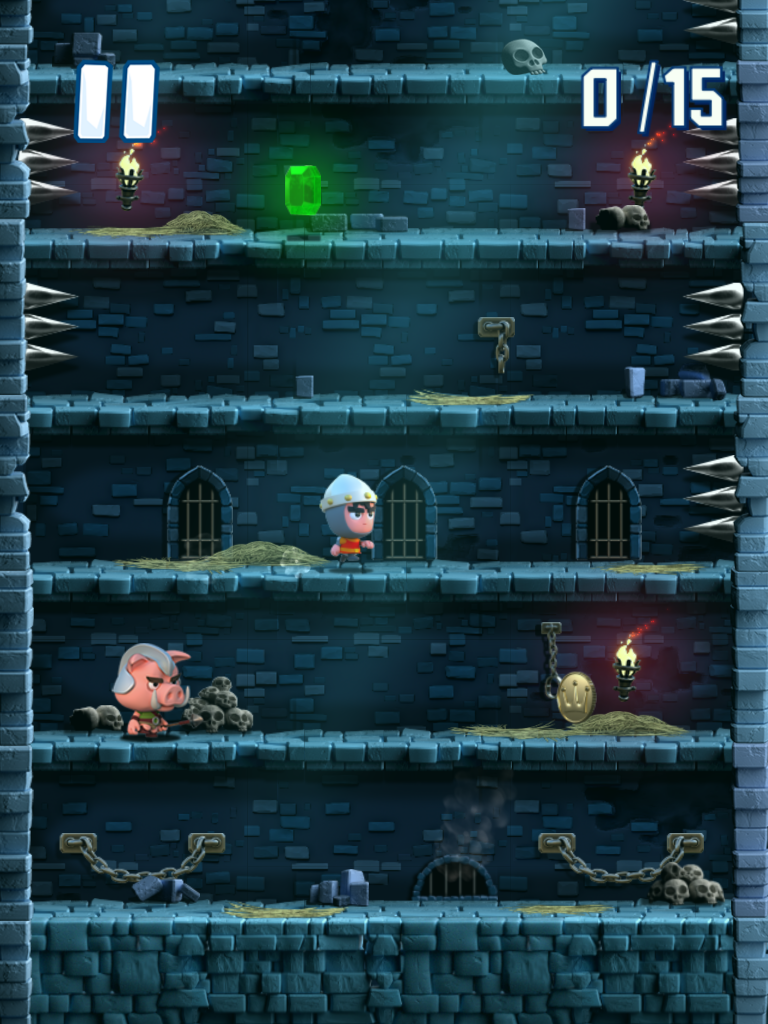 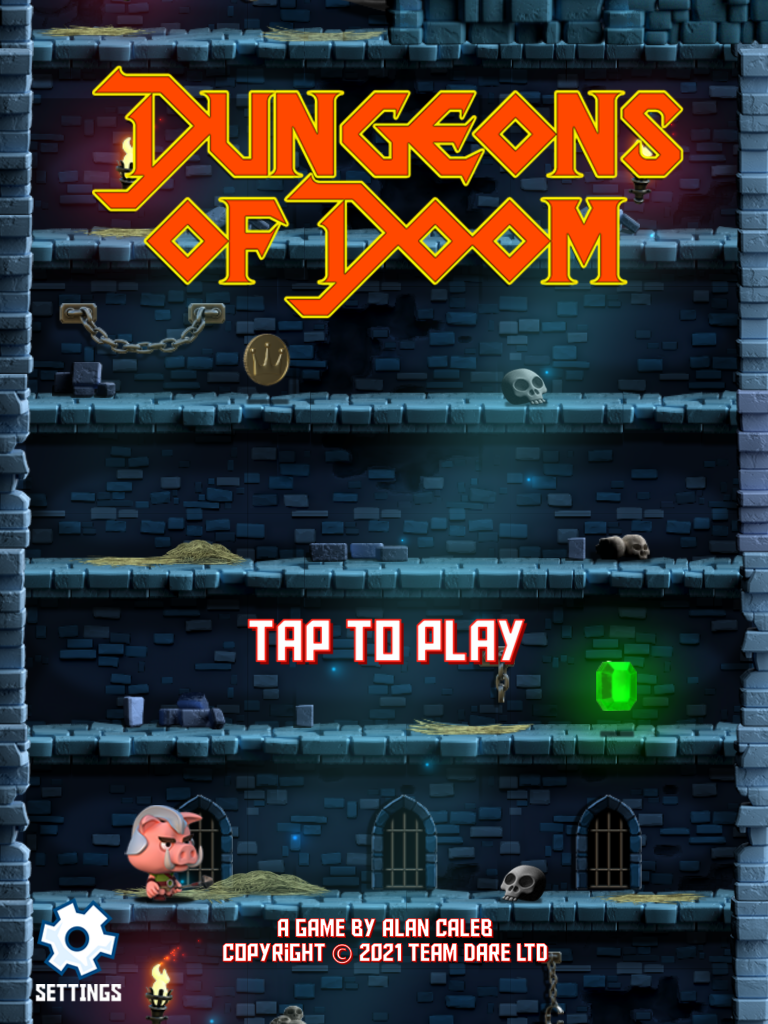 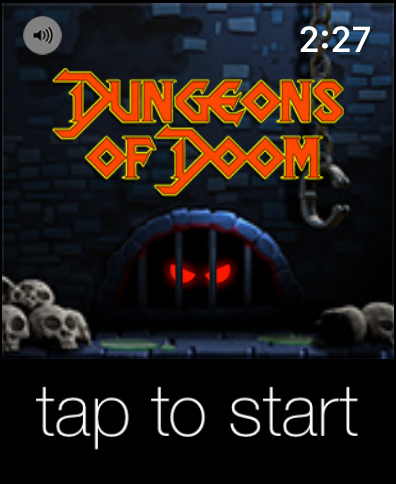 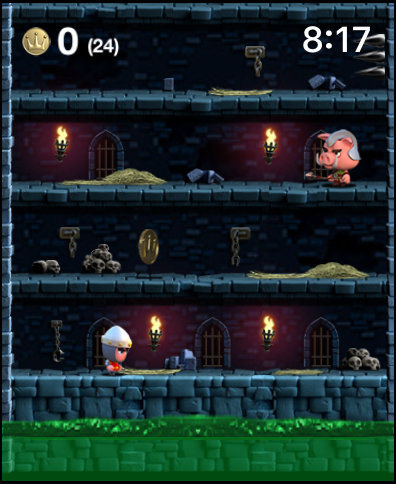 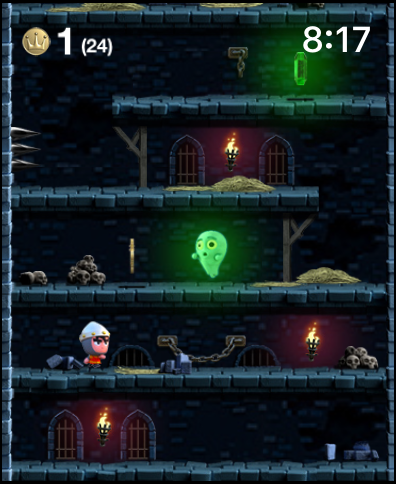 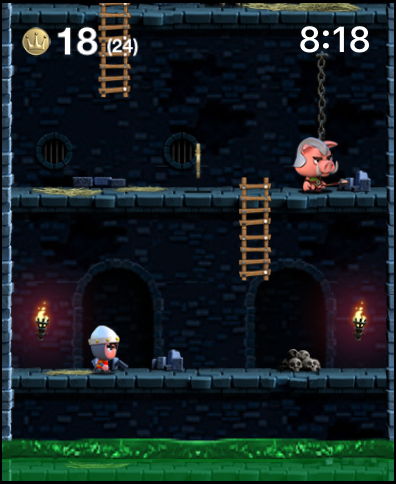 Wrongfully imprisoned in the Dungeons of Doom you must escape by evading diabolical traps and monsters. Solve puzzles, perform acts of extreme bravery, grab as much loot as possible and make a mockery of the king’s justice.

Find out if you have the brains to outsmart enemies, the reflexes to dodge traps or the tenacity to outrun a tsunami of killer slime. Explore a multitude of short, fun and engaging levels and just maybe you’ll live long enough to escape from the Dungeons of Doom.

Dungeons of Doom is the latest game by Team Dare, the creators of Dare the Monkey. Available on iPhone, iPad and Apple Watch.

A Game Four Decades In The Making

The eighties are back in fashion and that’s very much a good thing for indie developer Alan Caleb. His latest game – Dungeons of Doom – isn’t just inspired by the eighties, it was actually conceived in that very decade when Alan and his twin brother were just kids.

Programming video games back then was extremely challenging. “We didn’t have the skills to actually write any code, or the right tools to create our artwork digitally.” recalls Alan with a smile. But that didn’t deter them. “It was the process of designing a game that really excited us.”

“I can still vividly remember sketching out all sorts of demonic creatures.” Although heavily inspired by the movies of the time it’s the kind of stuff that gets kids imaginations going even to this day. “You know, things dragging their entrails along with them; monsters with bulging eyeballs; giant man-eating spiders lurking in the rafters. Those kind of things.”

At such a young age and with no real idea what they were doing, their first ever game was doomed from the start. “That didn’t really matter.” Says Alan. “We’d come up with a cool name for it and had a great time conjuring up a terrifying myriad of darkened corridors for our hero to escape from.” The seed had been sown. From that moment onwards both wanted to make games for a living.

While it was beyond their younger selves to actually see their project to fruition, the brothers never forgot about their first game idea. “Over the years we’d often reminisce about Dungeons of Doom.” Says Alan. “While we’d long forgotten about all our other wacky ideas, this one just kinda stuck with us.”

Fast forward to present day and the brothers were brainstorming ideas for their next iOS game. “Gameplay wise we knew roughly what we wanted.” Remembers Alan. “But visually nothing was working.” Their solution? They did something unexpected. They decided to base it on their first ever game attempt.

“It actually began as a bit of a joke” admits Alan. However the more they talked it over the more excited they became. “By doing it we felt it was a little nod to our younger selves, and in some ways validation that they were on the right track with their original idea”.

The end result is Dungeons of Doom – a super casual, one-touch, puzzle adventure heavily inspired by horror and fantasy from the eighties. Think Dragons Lair meets Bubble Bobble with a touch of High Risers thrown in to add a modern twist to proceedings.

So what would the younger Caleb twins have thought of this modern day remake of their game? “If the reaction of my ten year-old son is anything to go by, then I think they would have loved it” exclaims Alan. “And of course, the graphics now compared to what was possible back then would have blown their minds” he laughs.

It might have taken four decades from inception to completion, but for the brothers it was worth the wait.

Dungeons of Doom is available on the App Store for iPhone, iPad & Apple Watch.

Team Dare is a two-person indie game studio founded by twin brothers Alan and Christopher Caleb. Dungeons of Doom is their latest game, which was development in sunny Scotland.

Available for iOS, watchOS, and tvOS